Stadt. Wand. Kunst 1 Festival Profile IG @stadtwandkunst www.stadt-wand-kunst.de Artist Profiles IG @okudart @czolk @zoonchez @case_maclaim @peeta_ead @quinte55enz @jensrichter.art Photography Montana-Cans / Alexander Krziwanie Location Mannheim, Germany There are many street art festivals that have popped up in the last 10 years. The time for street artists, muralists, and artists creating public art to shine and prosper has never been better than now. But what about the locations where these festivals are taking place? Are the residents benefitting from the newly decorated streetscape? 1 A fear of heights is not an option. OKUDA reaches to the upper areas of his monumental sized mural. The Stadt.Wand.Kunst (SWK) festival in Mannheim Germany can clearly say it is the case that the locals are benefitting from the renaissance of their city. Why? Because the locals themselves are identifying with the art - works that are now at home in their urban space. This sense of identity may be good curation, or maybe by chance as the artists themselves come from exceptionally diverse backgrounds. In 2019 again the mural bar was raised and the city became a better place to be. Or at the very least to look at. Some of the works created in 2019 were by local residents CZOLK and JENS RICHTER, Spanish colorist OKUDA, fellow Spanish artist flying the intercultural flag RUBEN SANCHEZ, Italian 3D illusionist PEETA, the German duo QUINTESSENZ and Frankfurt’s own cultural observer and realist painter CASE MA’CLAIM. With a growing awareness of street art and mu - ralism increasing in what was once a blue-collar city, the many residents of Mannheim including immigrants can now relate to the images they see on their walls. Many identify with the messages, motifs or even the colors used by the artist of which some come from the same part of the world that they too originate from. 60 Recap Stadt.Wand.Kunst

2 2 The completed work. »Girlslove« by Oscar San Miguel a.k.a. OKUDA 3 4 3 The vibrancy of the Montana GOLD color range was the optimum ingredient for OKUDA to exercise his Spanish flair. 4 The artist in front of his work upon completion. Adding a little sunshine to the Mannheim sub urban environment and to the homes and lives of many residents that inhabit the area. Recap Stadt.Wand.Kunst 61 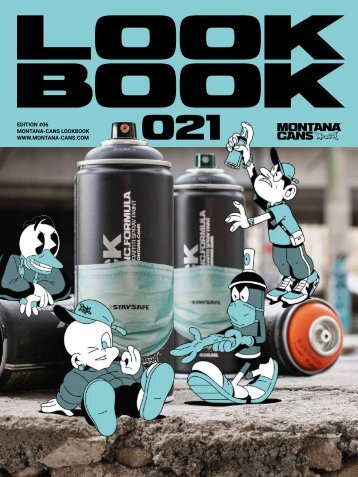